Please fill in this provisional option form for Grade 12 (Link below). However, you are hereby informed that the confirmed…

Mock Examination is starting in June 2022. School’s rules and regulations especially regarding wearing of school uniform, hairstyle and mobile… 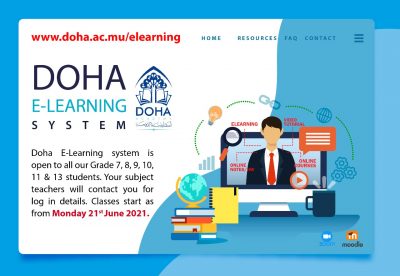 Doha Academy is a privately owned school situated in Curepipe, Mauritius. It is open to students as from Pre-Primary to Tertiary levels. It follows the national curriculum for Mauritius.

Doha Academy opened in year 2003. Doha Academy is open to all prospective students irrespective of their religious beliefs.